Arriving  there late afternoon we made it to our Air BnB just in time to turn around and head out for dinner. This time we ate at The Chop House in Leith. Not a very inspiring name for a restaurant is it? I’m not a fan of eating chops but it turns out this was a steak house. There seems to be a passion for aged steaks in this country. The steaks we ordered were aged 35 days. The prices for more “mature” steaks were eye watering! 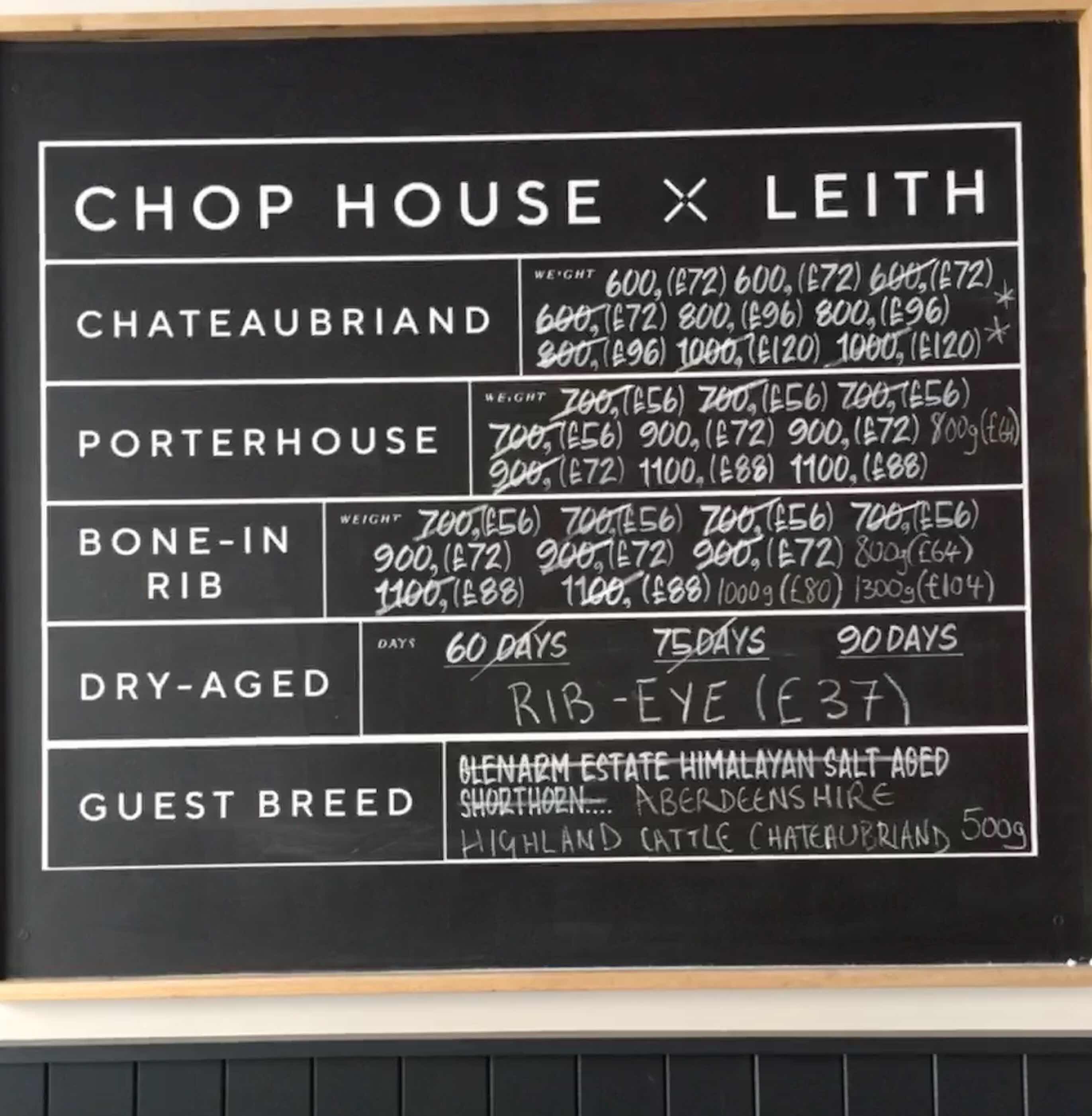 Sunday we were up and off early to go and explore Edinburgh. We had booked ahead for the round city Hop on Hop off buses plus tickets for the Castle, Holyrood Palace and the Royal Yacht Britannia. The start point for the tour was Waverley Station, the main railway station in the centre of town. Waverley Station is a big rambling place which is much on the lines on the house that Jack built. A pop up eatery had been put on the top of the station to make a kind of party central for Festival goers. Deserted at this early hour but oh so busy later.

We decided to head to the Castle first. So glad we did! The bus took dropped us not far from the castle gates and we strolled on up from there. A great atmosphere of excitement as people trooped on up. 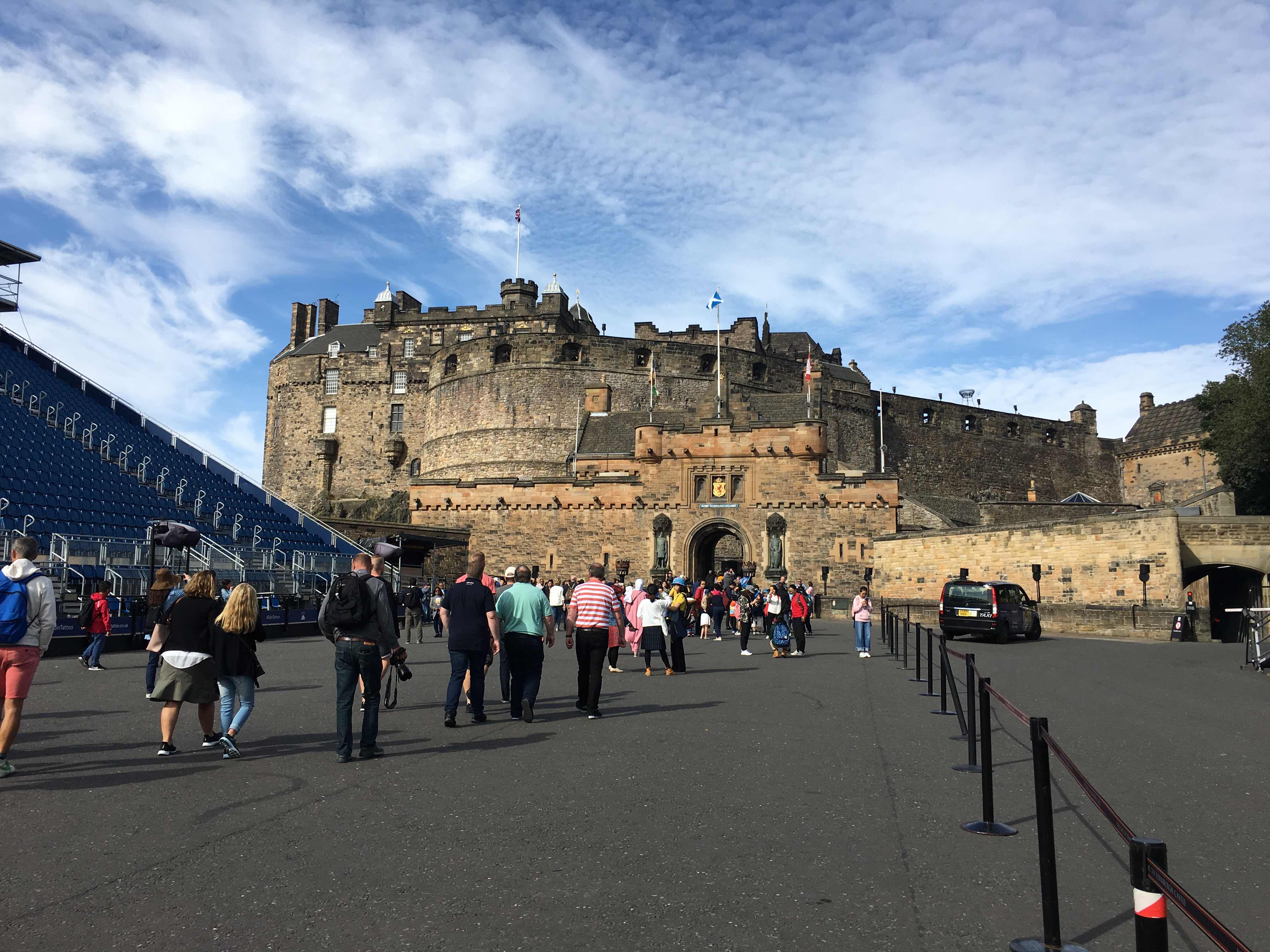 The Air sure was bracing up there and views over the city unsurpassed.

....so many people though! They made me think of ants crawling over a wedding cake! As we left to come down the pedestrian traffic had increased greatly. 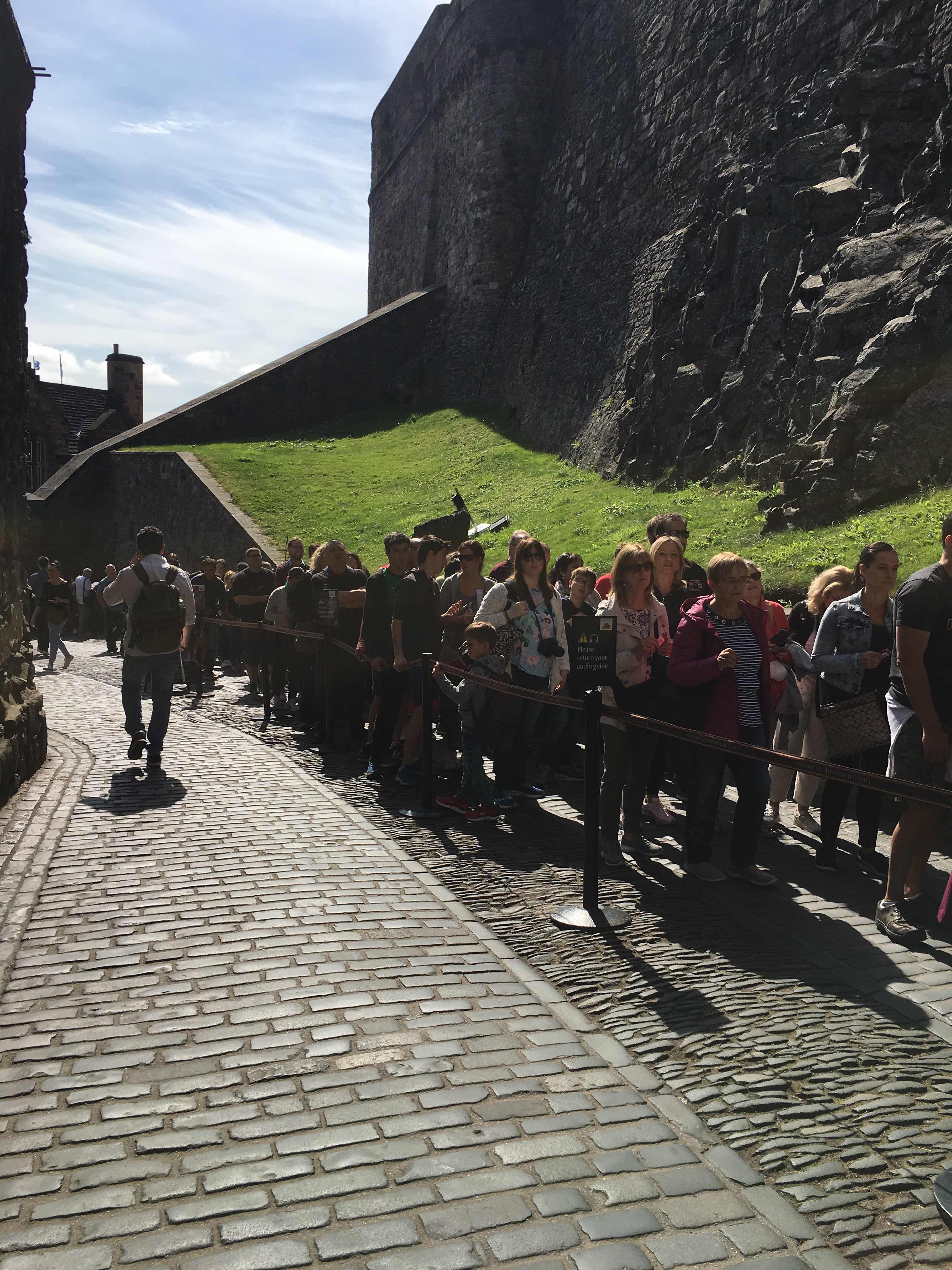 It was interesting to walk through the area set up for the Tatoo. It always looks so big on TV but it’s actually not that big at all. Although it does seat 9000 people an evening. 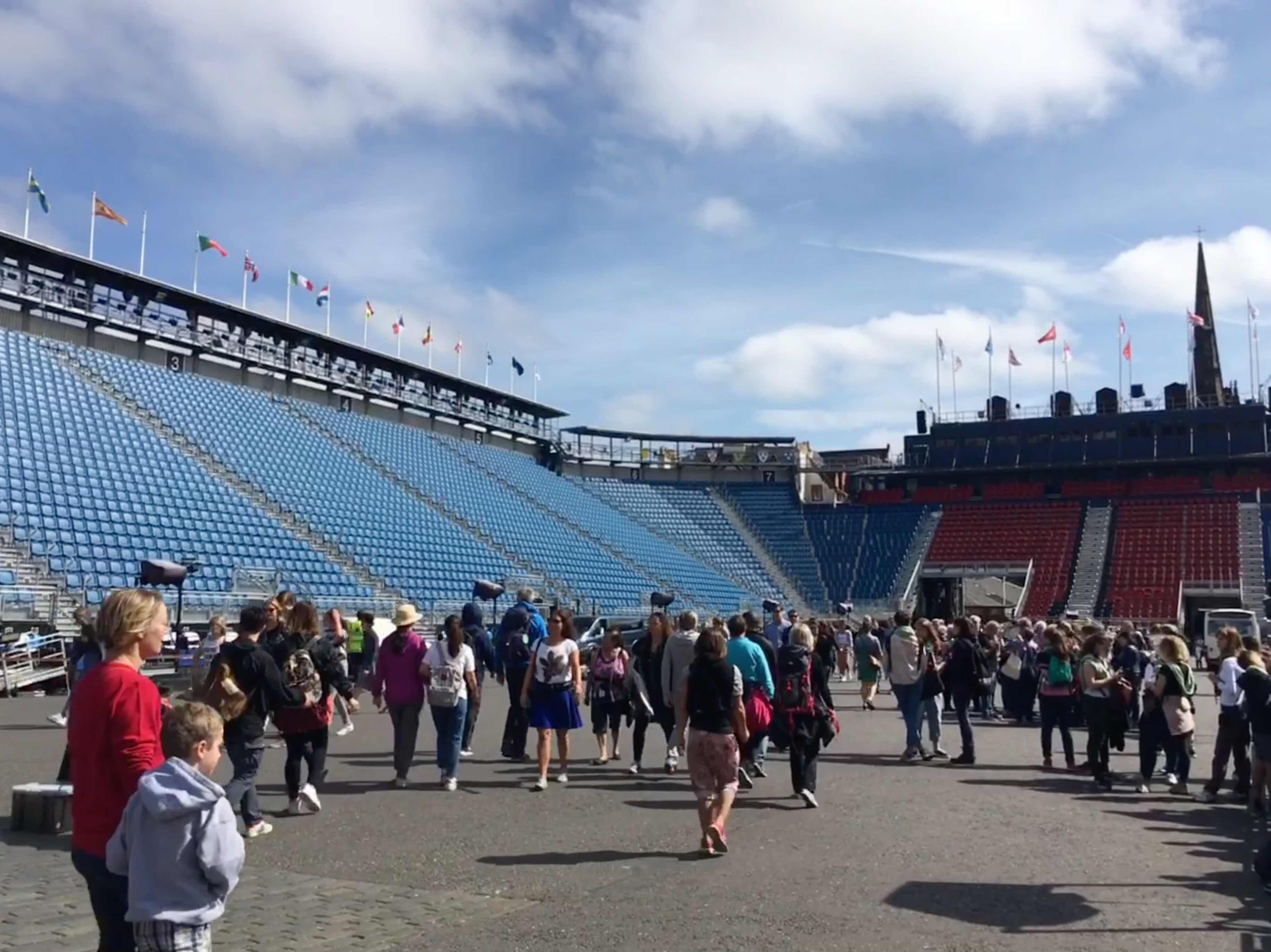 So on we went..... Holyrood Palace next. Good old Her Maj , She always puts on the best show. 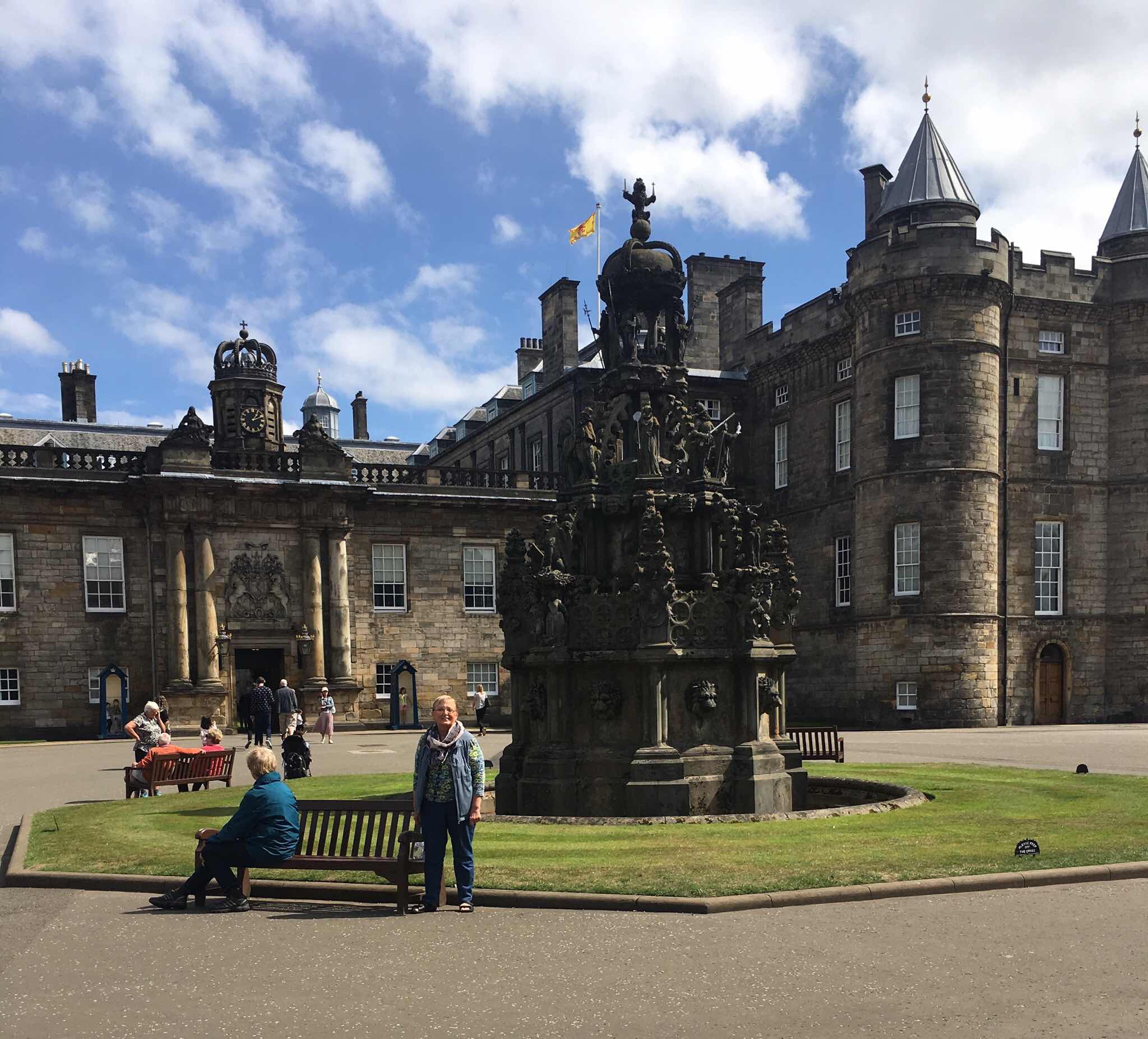 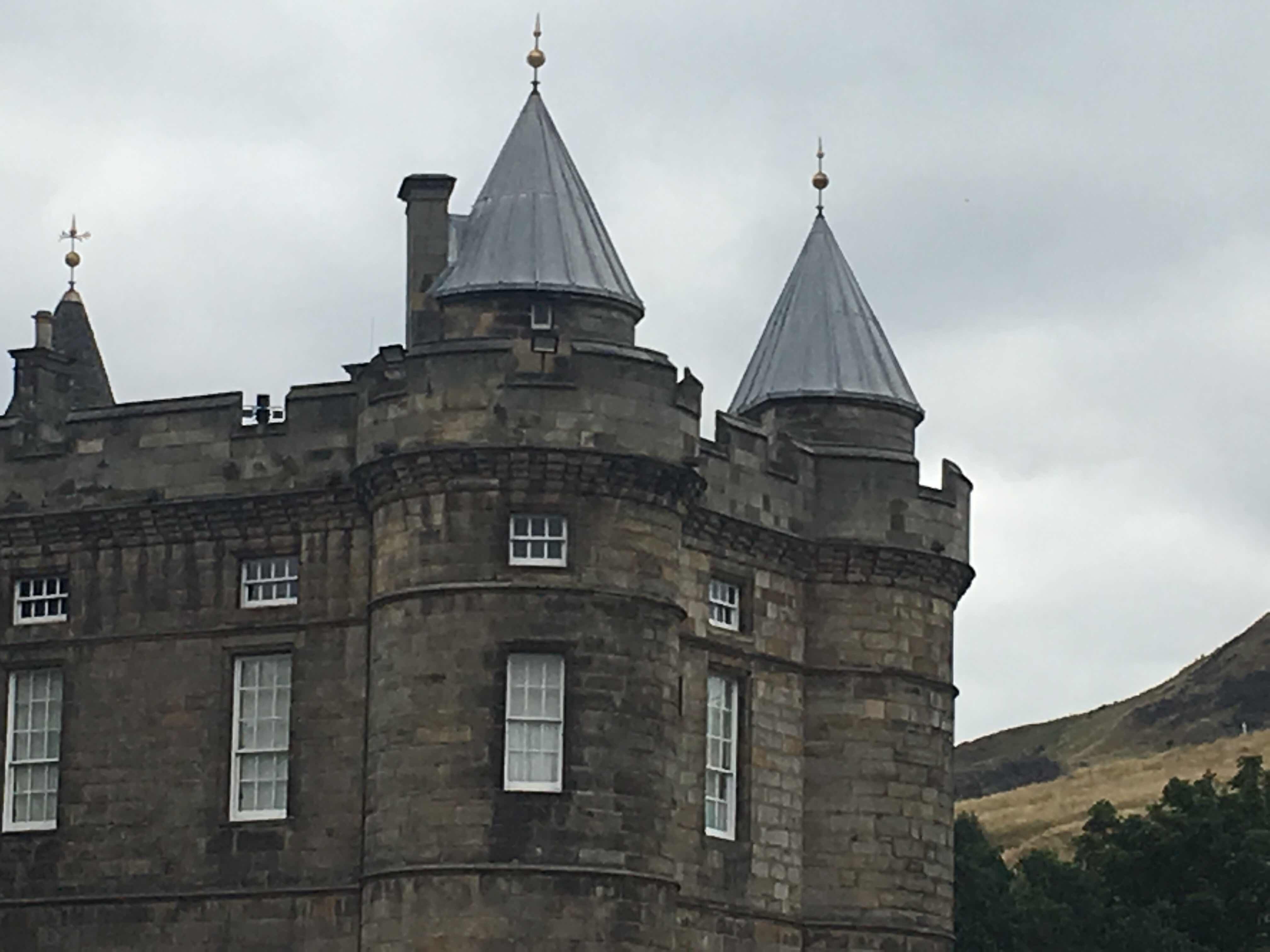 Back around through part of the Royal Mile.Lots of tempting shops full of the best Scotland has to offer.   Sadly part of the mile was closed because of, yes you guessed, the Festival. 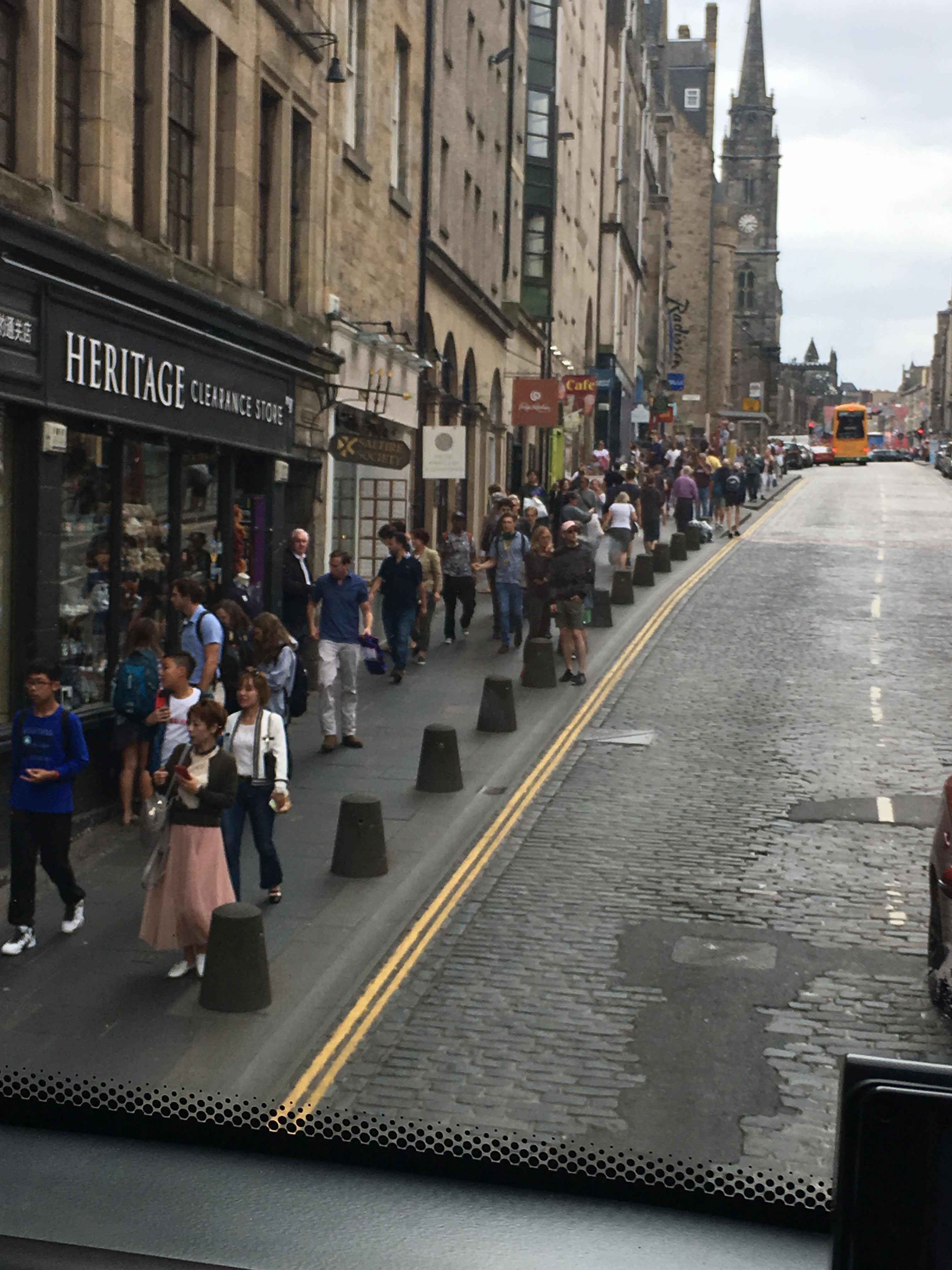 Loads of statues and memorials around Edinburgh.
This one is for the Black Watch Regiment. Very imposing. 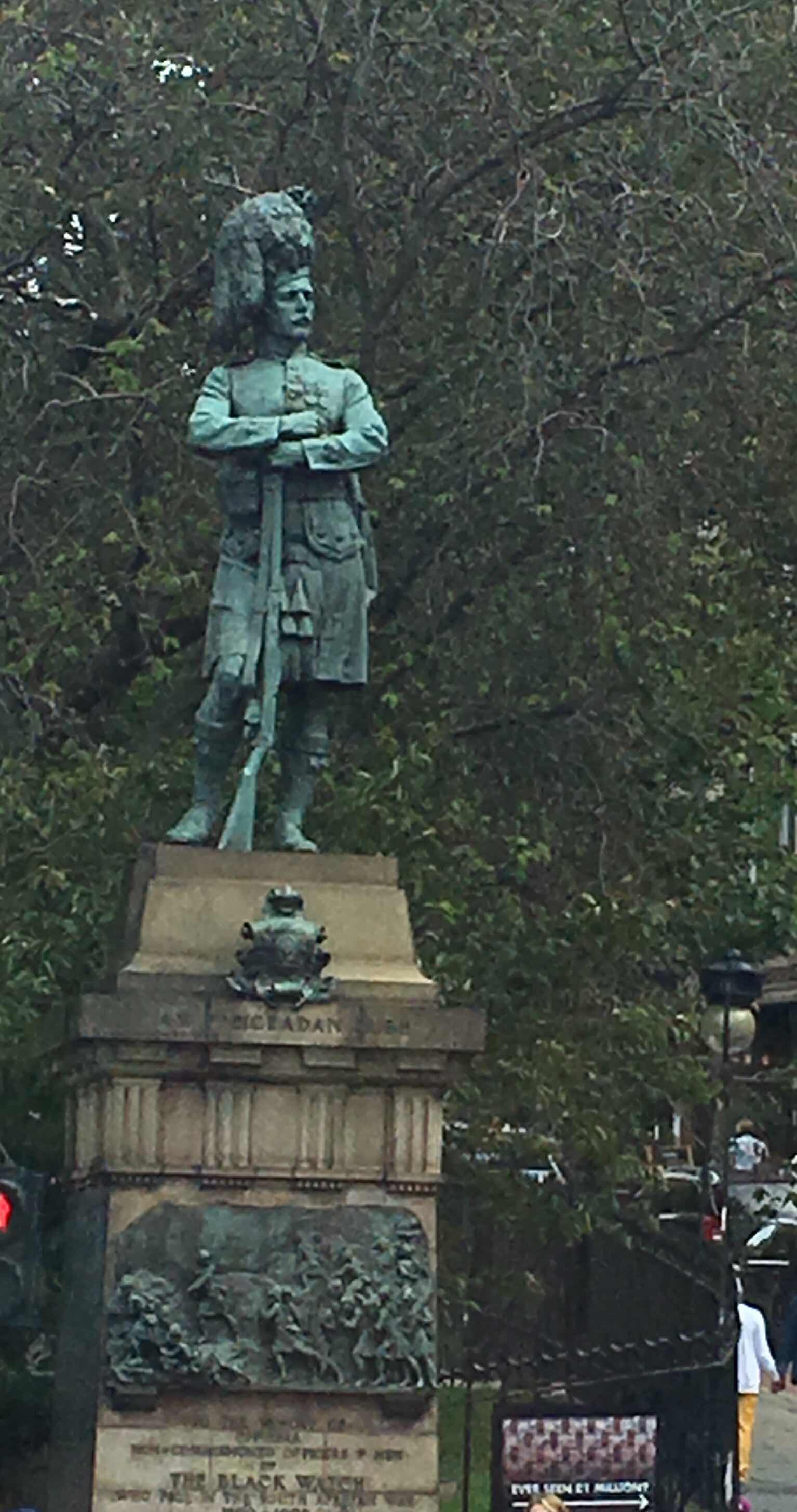 This monument is to remember Sir Walter Scott. Apparently the largest tribute to an author in Europe. This is made out of terracotta which as it is just across from the main railway station became very grimy and sooty. It can’t be restored as the material has become fragile.

On out to the coast we visited the Royal Yacht Britannia. A nice look into yet another bit of Royal history.
I felt quiet at home on the deck! 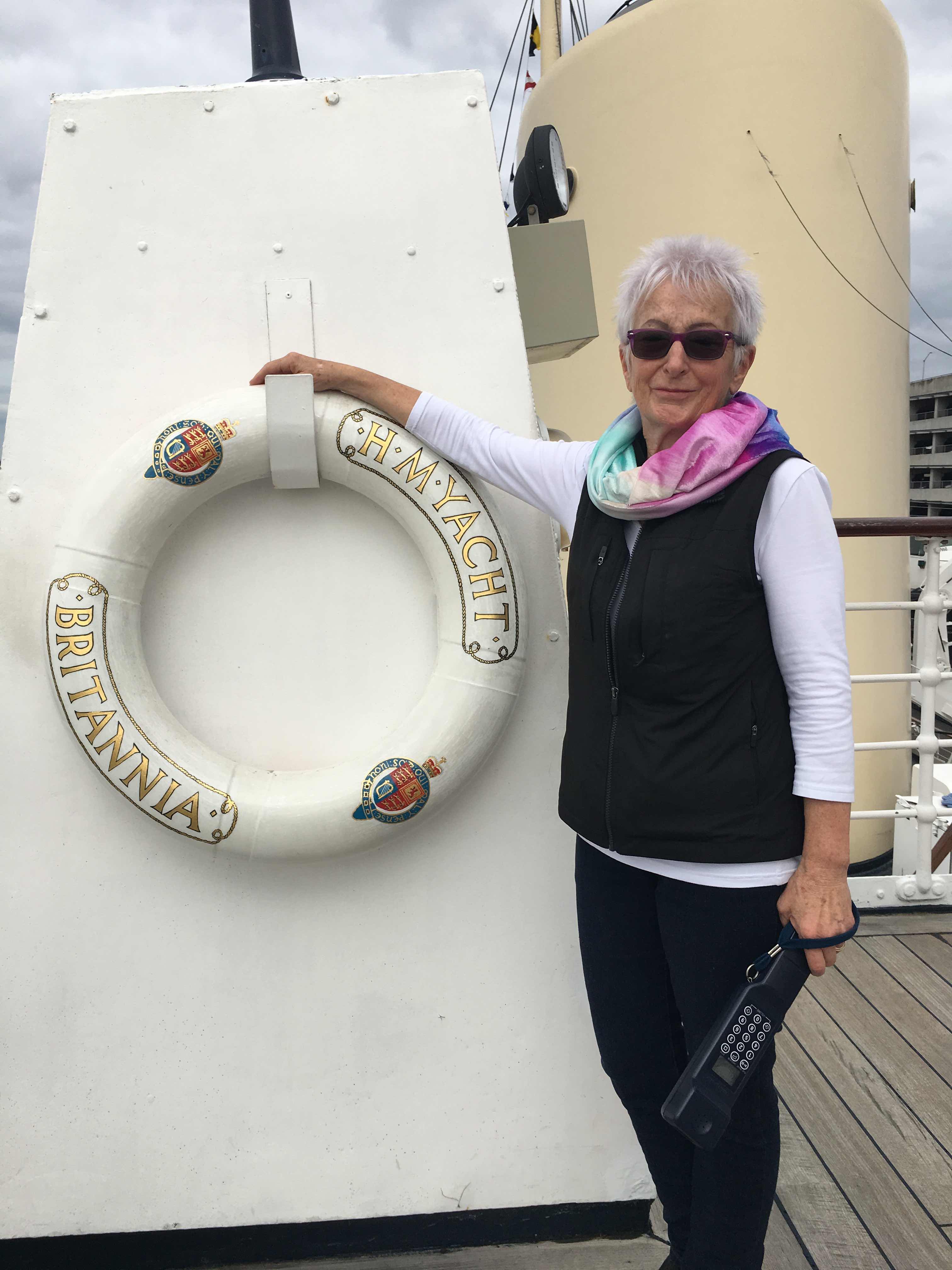 Great view out to sea.

Wending our weary way home we were driving through a rather grim area, lots of three story buildings without much variety. Then I spotted this wonderful splash of colour on the third story. 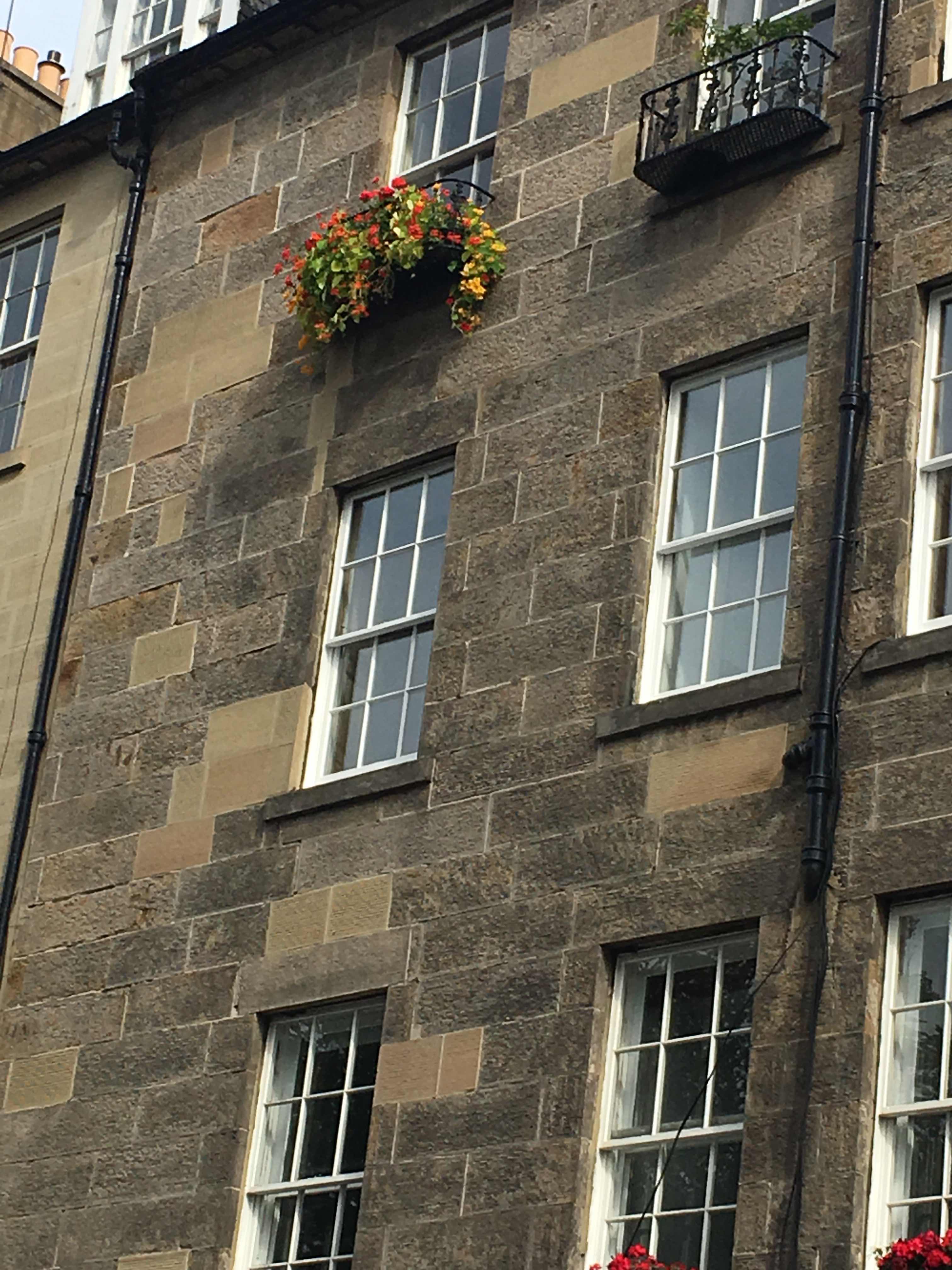 We’ve been back in London for some days now. It’s a wet dreary day today so I’m hoping to bring you up to date with what we’ve been doing.

Posted by Razzle Dazzle Quilter at 12:11 AM

Email ThisBlogThis!Share to TwitterShare to FacebookShare to Pinterest
Labels: on to Edinburgh

I love hearing from you - write now!

Riverview on Robinson - more than just a room

Come and share the comfort of our home. Our guests have a bedroom, bathroom and mini lounge for their exclusive use. Our place is close to Taupo Town Centre. A five minute drive to the shops or t...

Razzle Dazzle Quilter
I live in beautiful Taupo, New Zealand with my sister , two fur persons (cats). I have three brothers and three sisters. I have been patch working and quilting for over 30 years. My passion is machine quilting. Quilting is the music of my life. I quilt all my own quilts. I also quilt for other people. If you like my style and would like me to quilt for you please click on my Machine Quilting Tab for further information.